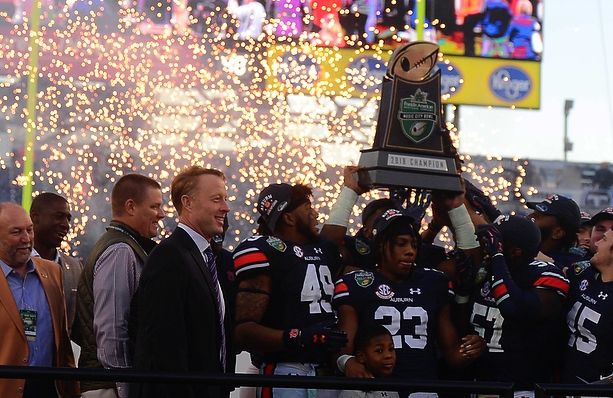 NASHVILLE, Tenn.  – Auburn won the coin toss, elected to receive and never looked back in a 63-14 win over Purdue at the Franklin American Mortgage Music City Bowl on Friday.

The Tigers outgunned the Boilermakers 586-263 in total offense and . punted only once the entire game. They scored their first eight possessions of the game. “I’m real proud of our team,” Auburn head coach Gus Malzahn said after the game.

“They practiced extremely hard when we were at Auburn. When we got the bowl site, it was a business approach. That carried over. We talked about playing our best game of the year and we did that today.” The Tigers finished with their first postseason victory since the 2015 Birmingham Bowl against Memphis and accrued a set of records that is impressive by any college game standard.

Auburn finished its inconsistent season sending its seniors out the right way.This is the third year in a row that records have been set or broken at the Franklin American Music City Bowl.

Crazy stats takeaways the are not typos

#1: Auburn (8-5) needed only 63 seconds to set the tone for the MCB, with Stidham finding JaTarvious Whitlow for a 66-yard TD pass. Whitlow also added a pair of short TD runs as Auburn led 28-7 at the end of the first quarter.

Jarrett Stidham threw for a career-high 373 yards and five touchdowns in his final college game , and Auburn pounded Purdue 63-14 on Friday.

Stidham was voted by attending media as the MVP of the 2018 Music City Bowl.

#2: JaTarvious Whitlow scored touchdowns on his first three touches of the game. He has the 66 yard pass TD, a 2 yard TD and a 1 yard TD finishing with 10 rushing yards, seven carries and three TDs.

#3: Auburn scored the most points by an SEC team in a bowl, topping Alabama’s 61-6 win over Syracuse in the Orange Bowl on Jan. 1, 1953. The Tigers had a chance to match the most points ever in a bowl at 70, most recently by Army in the Armed Forces Bowl last week, but took a knee at the Purdue 1 after a replay review overturned a very late TD run by Joey Gatewood.

#4: Auburn scored TDs on its first eight possessions tying the the Music City Bowl record for most points and TDs set by West Virginia in 2000 — with 5:36 left in the first half.

#5: By halftime, Auburn led 56-7 with the most points scored in any half in program history after holding the ball for only 11 minutes.

#6: It was the most points by one team in a half in any bowl.

#8: Up 42–7 in the second quarter, the Tigers were determined to keep scoring on the Boilermakers. Auburn went for it on fourth-and-three at Purdue’s 38-yard line to gain the first down with Stidham’s 16-yard pass to Sal Cannella.

After moving the ball down the field, Auburn went for it on fourth-and-one, as Whitlow gained the first down with a four-yard run. The Tigers would go on to score on Anthony Schwartz’s six-yard touchdown run on third-and-goal.

#9: The possession time had huge gaps. Purdue had the ball for 19 minutes compared to only 11 minutes for Auburn in the first half, who scored too quickly to keep the ball. By the game’s end, Auburn held onto the ball for 33:41 minutes, while Purdue’s possessions tallied to 25:49 minutes.

#10: Stidham ditched the trend of players who will be entering the draft opting not to play in bowl game. Stidham said he had to play as a competitor. He was 13 of 18 for 335 yards and four TDs at halftime and nearly had a TD run only to be ruled just short. “In my two short years here, I’ve grown so close to these guys I could never imagine not finishing the season with them,” Stidham said. 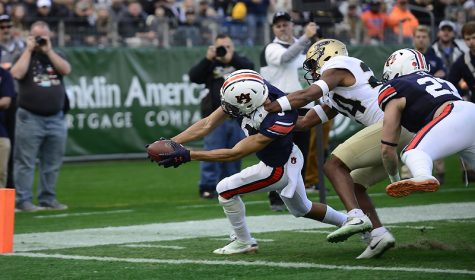 Bonus: Only five other teams have scored more in a bowl game, and the Tigers set a school record for total yards in a bowl.

Of Note…..Purdue: Brohm has a lot to replace with a senior class of 29 counting walk-ons. The departing Boilermakers include quarterback David Blough and top running backs in D.J. Knox and Markell Jones. …….Auburn: The search for Stidham’s replacement began with sophomore Malik Willis who played a scarce 1:33. 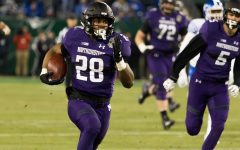 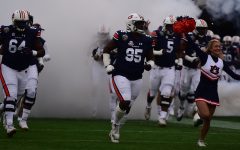 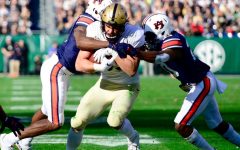 The Boilermaker's Brycen Hopkins returns to Nissan Stadium, where his dad, Brad Hopkins played as a Tennessee Titan