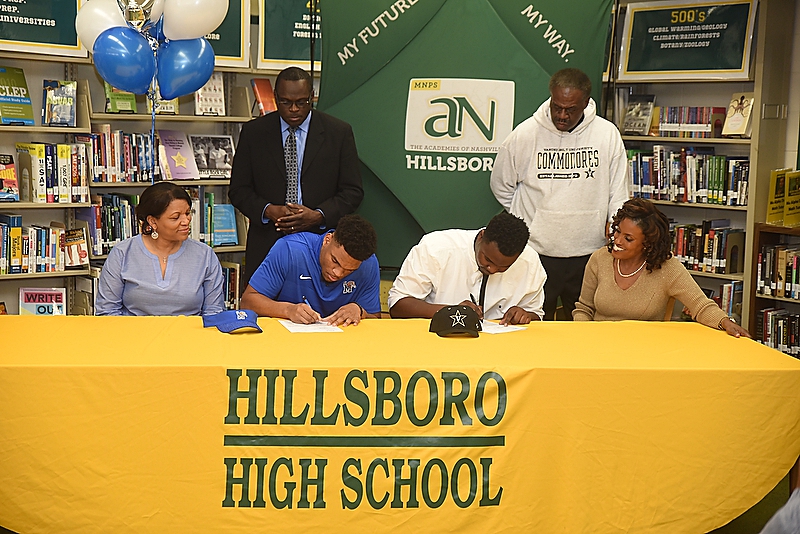 Donald Fitzgerald and Joseph Honeysucker make their official university commitments to play football at the next level.

Hillsboro IB World High School is pleased to announce that Donald Fitzgerald (ATH) and Joseph Honeysucker (DE) will participate in an early signing event on December 19, 2018 at 11:30 in the Hillsboro Library.

Hillsboro will celebrate both Joseph Honeysucker and Donald Fitzgerald for their academic and athletic successes this year as they finalize their commitments to the universities of their choice.

Donald Fitzgerald  is a St. Thomas Scholar and a senior in the Academy of Global Health and Science.

Trading basketball for football this year, Fitzgerald’s impact as a first year football player is undeniable. He will continue making an impact at Vanderbilt University under Head Coach Derek Mason. Vanderbilt’s class features incoming student-athletes from nine different states that fill 11 different positions across the roster

Donald earned 25 solo tackles and 41 assists for a total of 66 tackles for the 2018 season. He forced 6 turnovers and had 6 sacks for a loss. Fitzgerald narrowed his choices down to Duke, UT and Vandy deciding to become a Commodore less than 2 weeks ago.

Fitzgerald is the AGHS representative to the Meharry Symposium for Scholars. He is a peer tutor and assists with special needs students. He is also is a volunteer ACT Prep for the last three years with In Full Motion. The Department Chair of AGHS, Lonny Nelson, describes Donald as an amazing young man whose optimism is infectious. He is a joy to be around.”

Donald has made a verbal commitment to Vanderbilt University and will finalize his decision on Wednesday. 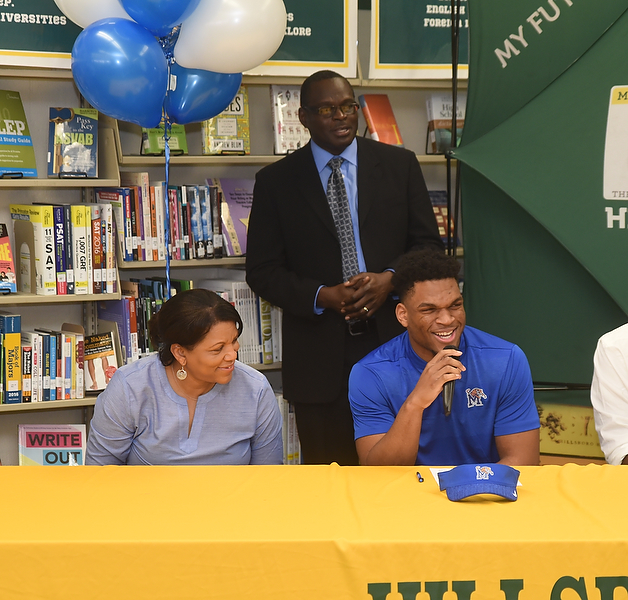 Joseph Honeysucker, the 75th  Hume Award winner selected for the 2018 season. The Hume Award is given to only one football scholar each year.

Joseph is a senior in the Academy of Business Communications. Honeysucker  earned 112 total tackles (48 solo/64 assist) for the 2018 season.  He averaged 11 tackles a game for an average of 90 yards in QB hurries. He end his high school career with 37 sacks.

Joseph committed earlier in the year to  Memphis University. He invites you to witness his decision to become a Memphis Tiger.

Joseph is looking forward to playing on Saturday’s in Memphis.