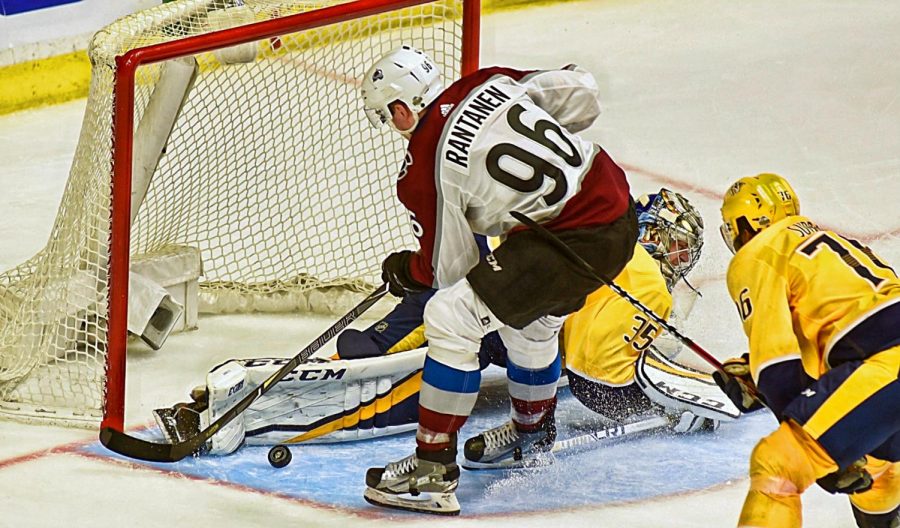 Forsberg carves up the Avalanche, scores twice in 3rd leading the Predators to 5-2 Game 1 win

Forsberg's second goal of night is an absolute stunner Forsberg carves up the Avalanche and rockets one in the net for his second of the period.

NASHVILLE, Tenn. (AP) — Filip Forsberg scored twice in the third period and the Nashville Predators rallied to beat the Colorado Avalanche 5-2 on Thursday night in Game 1 of the first-round Western Conference series.

The Predators were ready for a big party having won their first Presidents’ Trophy and looking for the Stanley Cup lost in six games to Pittsburgh last June.

The Avalanche simply wanted a big win on a stage their franchise hadn’t seen since 2014, and the youngest roster this postseason outplayed the defending Western Conference champs early.

Austin Watson had a goal and an assist for Nashville, which has won 11 straight over Colorado. Craig Smith and Colton Sissons scored a goal apiece, and Ryan Johansen had two assists.

Nikita Zadorov and Blake Comeau each scored a goal for Colorado.

Forsberg, who led Nashville with 64 points in the regular season, gave Nashville its first lead of the game at 3-2 when he redirected a shot from captain Roman Josi past Jonathan Bernier at 6:08 of the third. Then Forsberg made it 4-2, passing the puck through his legs skating by rookie Samuel Girard before beating Bernier with 7:50 left.

Game 2 is Saturday afternoon in Nashville.

This series featured a team that won a record 53 games during the regular season and Colorado, which had to win its regular season finale to squeak into the postseason a point ahead of St. Louis. The Avalanche came in with only 14 players having any playoff experience, and their most season player Colin Wilson was on Nashville’s roster a year ago.

Fans filled the arena more than 30 minutes before the puck dropped, waiting for a pregame video that included a giant curtain that dropped down over the ice for a giant video board. Rascal Flatts handled the anthem as the Predators continued their tradition of big stars stepping in for the postseason, and two catfish hit the ice almost as soon as the last note ended.

Colorado scored on its first official shot as Rinne didn’t appear to see Zadorov’s wrister with the puck going over his glove at 6:36 off assists from Mikko Rantanen and MacKinnon.

The Predators were a bit sloppy early.

The team that led the NHL in penalties took two late in the first, including giving Colorado 19 seconds of a 5-on-3. Rinne seemed to settle the Predators down with a big save with 20 seconds left in the period, stopping Tyson Jost’s shot from the slot before sticking his right skate to the postwith MacKinnon and Gabriel Landeskog trying to pounce on the puck.

In the second, Rinne got help from Matt Irwin clearing J.T. Compher’s shot, and the Predators tied it up at 1 on a wrister from Watson that squeezed over Bernier’s left shoulder and the post at 3:14. The goal was being announced when Comeau got a stick on Carl Soderberg’s shot from the point to give Colorado a 2-1 lead at 4:51.

Rinne came up with his best save with 2:24 left in the second with Rantanen on a breakaway. The goalie spread out and stuck his right leg out, stopping the puck with his pad.

Sissons capped the scoring with an empty-netter with 1:57 left.

NOTES: Nashville had been 12-14-5 after giving up the first goal and 8-10-2 when trailing after the first period in the regular season. But the Preds were 11-1-2 when tied after two periods. … Watson and Smith each had their fifth career goals of the playoffs.

Game 2 is Saturday in Nashville.