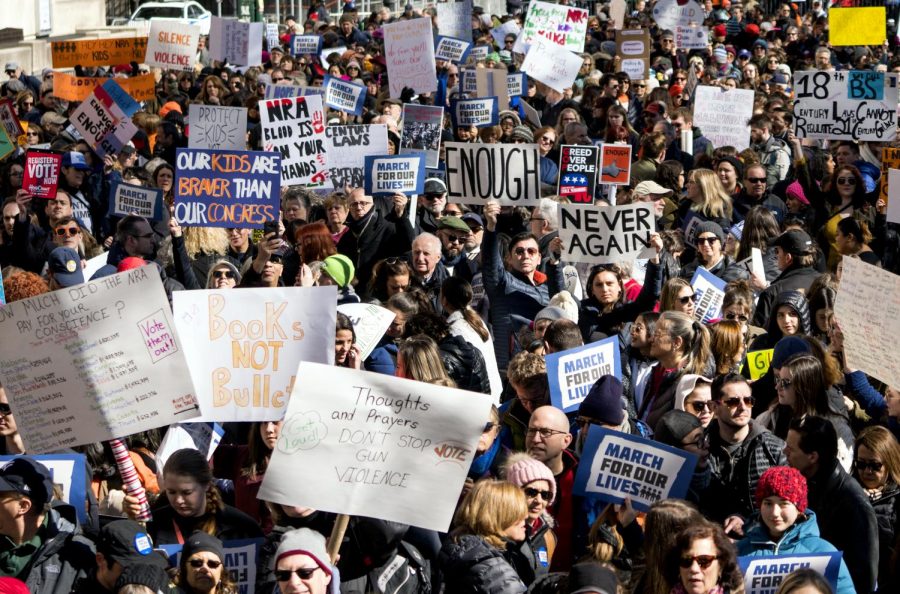 ‘Vote them out!’: Hundreds of thousands demand gun control

WASHINGTON — In a historic groundswell of youth activism, hundreds of thousands of teenagers and their supporters rallied across the U.S. against gun violence Saturday, vowing to transform fear and grief into a “vote-them-out” movement and tougher laws against weapons and ammo. 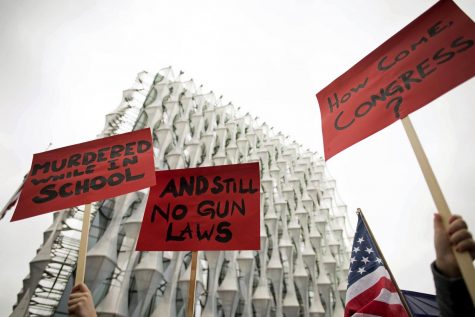 They took to the streets of the nation’s capital and such cities as Boston, New York, Chicago, Houston, Minneapolis, Phoenix, Los Angeles and Oakland, California, in the kind of numbers seen during the Vietnam era, sweeping up activists long frustrated by stalemate in the gun debate and bringing in lots of new, young voices.

They were called to action by a brand-new corps of leaders: student survivors of the school shooting in Parkland, Florida, that left 17 people dead Feb. 14. “If you listen real close, you can hear the people in power shaking,” Parkland survivor David Hogg said to roars from the protesters packing Pennsylvania Avenue from the stage near the Capitol many blocks back toward the White House. “We’re going to take this to every election, to every state and every city. We’re going to make sure the best people get in our elections to run, not as politicians but as Americans.” 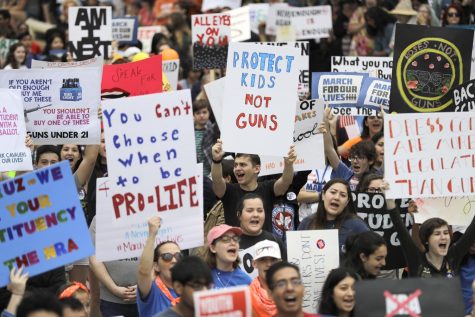 “Because this,” he said, pointing behind him to the Capitol dome, “this is not cutting it.” Some of the young voices were very young. Yolanda Renee King, the Rev. Martin Luther King Jr.’s 9-year-old granddaughter, drew from the civil rights leader’s most famous words in declaring from the stage: “I have a dream that enough is enough. That this should be a gun-free world. Period.”

By all appearances — there were no official numbers — Washington’s March for Our Lives rally rivaled the women’s march last year that drew far more than the predicted 300,000.

The National Rifle Association went silent on Twitter as the protests unfolded, in contrast to its reaction to the nationwide school walkouts against gun violence March 14, when it tweeted a photo of an assault rifle and the message “I’ll control my own guns, thank you.” 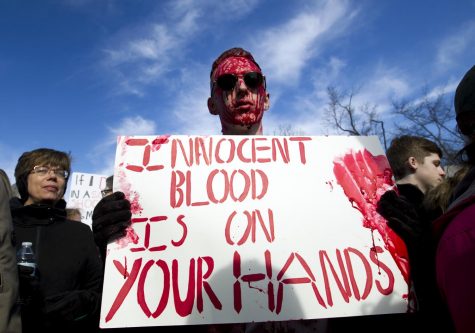 President Donald Trump was in Florida for the weekend and did not weigh in on Twitter either.
White House spokesman Zach Parkinson said: “We applaud the many courageous young Americans exercising their First Amendment rights today.” He pointed to Trump’s efforts to ban bump stocks and his support for school-safety measures and extended background checks for gun purchases.

Since the bloodshed in Florida, students have tapped into a current of gun control sentiment that has been building for years — yet still faces a powerful foe in the NRA, its millions of supporters and lawmakers who have resisted any encroachment on gun rights. 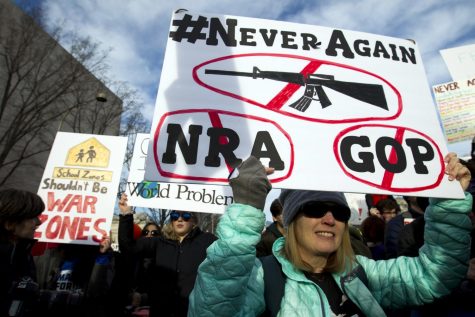 Organizers are hoping the electricity of the crowds, their sheer numbers and the under-18 roster of speakers will create a tipping point, starting with the midterm congressional elections this fall. To that end, chants of “Vote them out!” rang through the Washington crowd.

Emma Gonzalez, one of the first students from Florida’s Marjory Stonemason Douglas High School to speak out after the tragedy there, implored those of voting age to vote. In her speech, she recited the names of the Parkland dead, then held the crowd in rapt, tearful silence for more than six minutes, the time it took the gunman to kill them. “We will continue to fight for our dead friends,” Delaney Tarr, another Parkland survivor, declared from the stage. The crowd roared with approval as she laid down the students’ central demand: a ban on “weapons of war” for all but warriors.

Student protesters called for a ban on high-capacity magazines and assault-type weapons like the one used by the killer in Parkland, comprehensive background checks, and a higher minimum age to buy guns. 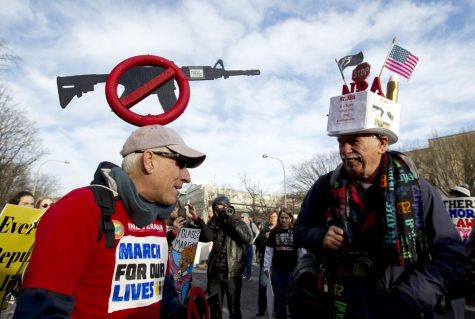 Gun violence was fresh for some who watched the speakers in Washington: Ayanne Johnson of Great Mills High School in Maryland held a sign declaring, “I March for Jaelynn,” honoring Jaelynn Willey, who died Thursday two days after being shot by a classmate at the school. The gunman also died.

About 30 gun-rights supporters staged a counter-demonstration in front of FBI headquarters, standing quietly with signs such as “Armed Victims Live Longer” and “Stop Violating Civil Rights.” Other gun-control protests around the country were also met with small counter-demonstrations.

The president’s call to arm certain teachers fell flat at the protest, and from critics as young as Zoe Tate, 11, from Gaithersburg, Maryland.

“I think guns are dumb. It’s scary enough with the security guards we have in school,” she said. “We don’t need teachers carrying guns now. I find it amazing that I have to explain that idea to adults.”
Parkland itself was home to a rally as more than 20,000 people filled a park near the Florida school, chanting slogans such as “Enough is enough” and carrying signs that read “Why do your guns matter more than our lives?” and “Our ballots will stop bullets.” 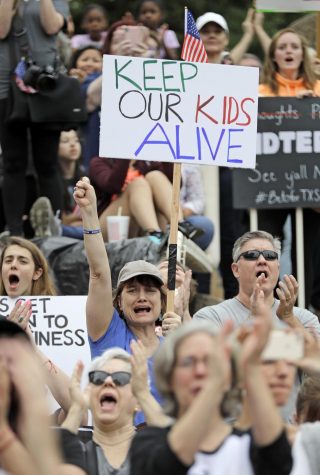 Around the country, protesters complained that they are scared of getting shot in school and tired of inaction by grown-ups after one mass shooting after another.”People have been dying since 1999 in Columbine and nothing has changed. People are still dying,” said Ben Stewart, a 17-year-old senior at Shiloh Hills Christian School in Kennesaw, Georgia, who took part in a march in Atlanta.

Callie Cavanaugh, a 14-year-old at a march in Omaha, Nebraska, said: “This just needs to stop. It’s been going on my entire life.”
___