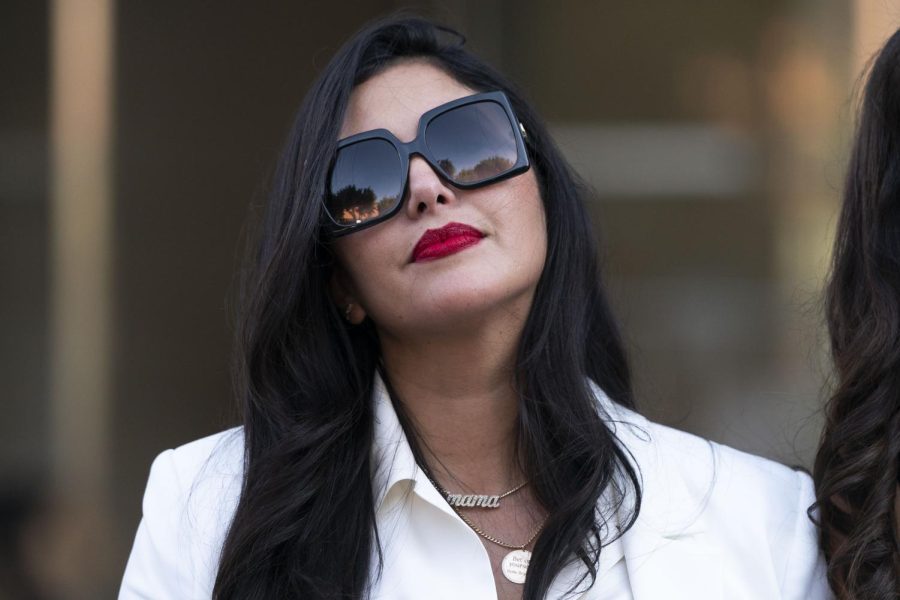 Wednesday, Aug. 24, 2022. Kobe Bryant’s widow was awarded $16 million as part of a $31 million jury verdict Wednesday against Los Angeles County for deputies and firefighters sharing grisly photos of the NBA star, his 13-year-old daughter and other victims killed in a 2020 helicopter crash. (AP Photo/Jae C. Hong) 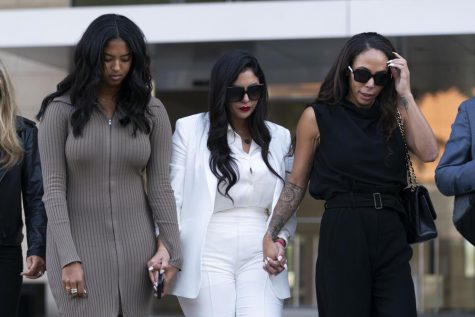 LAS ANGELES-Bryant’s widow, Vanessa Bryant awarded $16 million after the Los Angeles Firefighters and deputies shared horrendous pictures of Kobe and his 13-year daughter, Gianna Bryant after the plane crash that happen in January of 2020.

“I live in fear everyday of being on social media and these popping up.” said Vanessa Bryant

She had panic attacks during her grief period because of those picture that the firefights and deputies were sharing. Also, she just had lost her husband and daughter a month prior.

The pictures were shared mostly between employees of the LA County sheriff’s and fire departments including by some who were playing video games and attending an awards banquet. They were also seen by some of their spouses and in one case by a bartender at a bar where a deputy was drinking.

Vanessa Bryant tearfully testified during the 11-day trial that news of the photos compounded her still-raw grief a month after losing her husband and daughter, and that she still has panic attacks at the thought that they might still be out there.

Her co-plaintiff Chris Chester, whose wife and daughter were also among the nine people killed in the crash, was awarded $15 million.

“We’re grateful for a jury and a judge who gave us a fair trial,” said Chester’s lawyer Jerry Jackson.

Vanessa Bryant’s attorneys did not give jurors a dollar amount they thought their client deserved, but Chester’s attorney gave them suggested guidelines that would have meant tens of millions for each plaintiff.

Vanessa Bryant and her attorney declined comment outside court Wednesday. Her face was still streaked with tears as she walked past TV cameras and dozens of reporters and climbed into an SUV.

Vanessa Bryant’s lawyer Luis Li told jurors that the close-up photos had no official or investigative purpose, and were mere “visual gossip” shared out of a gruesome curiosity.

County attorney J. Mira Hashmall argued during the trial that the photos were a necessary tool for assessing the situation.

She acknowledged that they should not have been shared with everyone who saw them. But she emphasized that the photos had never appeared publicly, and had never even been seen by the plaintiffs. She said that meant that Sheriff Alex Villanueva and other officials had taken decisive and effective action when they ordered those who had the photos to delete them.

Kobe Bryant, the former Lakers star, five-time NBA champion and member of the Basketball Hall of Fame, was traveling with Gianna and seven others to a youth basketball game when the helicopter they were aboard crashed into hills in Calabasas west of Los Angeles on Jan. 26, 2020.