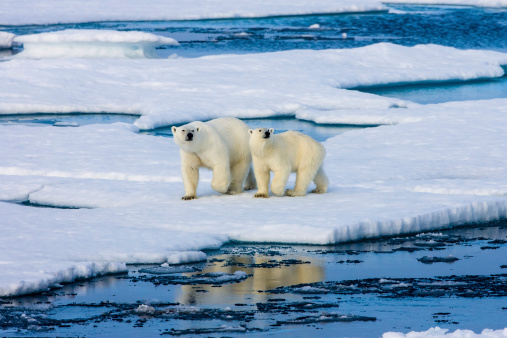 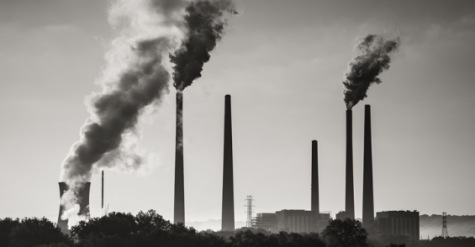 An Air Quality Alert has been issued for Nashville and surrounding areas due to possible high ozone levels.

The Tennessee Department of Environment and Conservation issued the Code Orange Alert to begin at midnight Monday, June 20-23.

If you have a weather alert system on your cell phone, it is very likely that an alert regarding poor air quality cam across your phone more than once the last few days.

Now more than ever, Earth has more carbon dioxide and ozone in its atmosphere than at any time in human history. Based on data, 2020 was the second- warmest year on record. Pollution and toxins in the air is degrading our planet’s atmosphere. Global warming is slowly killing our Earth and unless change is made soon our home will slowly fade away. Global warming is real and valid because of what society sees now; the overconsumption of coal, melting ice, and droughts.

In fact, according to theAir Quality Life Index, not only is the quality of air affecting temperatures, weather and weather-related disasters, particulate air pollution is reducing life expectancy by 2.2 years globally compared to a hypothetical world that meets international health guidelines, a new report has found.

Worldwide exposure to fine particulate patter — PM 2.5, or particles with a diameter of 2.5 microns or less — has an impact on par with that of smoking, more than three times that of alcohol use and unsafe water, according to the University of Chicago’s 2022 Air Quality Life Index.

“It would be a global emergency if Martians came to Earth and sprayed a substance that caused the average person on the planet to lose more than two years of life expectancy,” Michael Greenstone, index co-creator and an economics professor at the University of Chicago’s Energy Policy Institute, said in a statement. 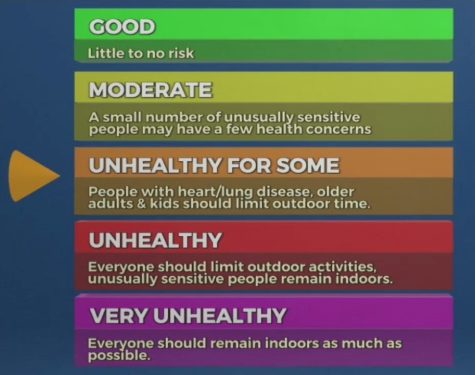 “This is similar to the situation that prevails in many parts of the world, except we are spraying the substance, not some invaders from outer space,” Greenstone added.

Overconsumption of coal is polluting Earth’s atmosphere and trapping unwanted heat in our planet, which is the cause of rising temperatures, while also trapping ozone at the ground level due to pollution. Bright, sunny, cloudless days only increase the danger even more.

If temperatures continue to increase rapidly, Earth will be too hot to survive in. “The element carbon has become one of the largest waste products of modern industrial civilization.

“During the year of 1988, some 5.66 billion tons were produced by the combustion of fossil fuels – more than a ton for each human being. Another one to two billion tons were released by the felling and burning of forests, mainly in tropical areas. Each ton of carbon emitted into the air results in 3.7 tons of carbon dioxide, the seemingly innocuous gas that is now one of the principal threats to humanity’s future.” (Flavin) Right now, coal is the most harmful fossil fuel to nature right now. Restoring the carbon balance and ozone balance is vital to meeting and exceeding normal life expectancy.

During Covid isolations, a monumental fact was made clear; Humans can affect a large enough impact by changing their habits in order to help bring Earth back into balance. Review the below before and after pictures from New Delhi. The first picture was taken in June of 2019. The after picture was taken during the Covid shut down. Searching the internet provides example after example of how the atmosphere drastically changed due to the lessening of carbon emitted into the atmosphere due to society simply driving less.

Before the Covid Shut-down 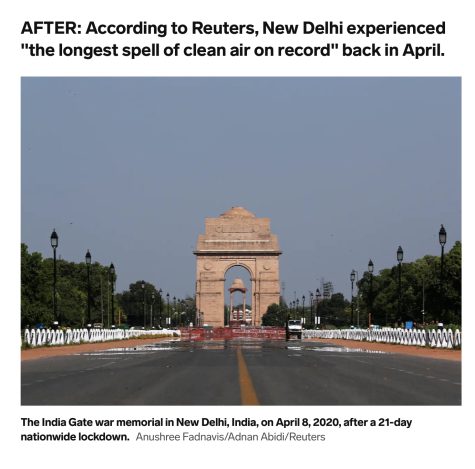 Another way to cut pollution to cut energy bills in order to decrease air pollution. Energy bills are the documents showing how much money someone owes for gas, electricity, etc. Decreasing the amount owed for things like this can change the planet’s health drastically.

Christopher Flavin, author of the article shares, “Similarly, investing in strategies to slow global warming is a sort of insurance policy – against catastrophes that have far greater odds of occurring than do most events for which we buy insurance. And many of these programs are economical investments in their own right, cutting energy bills and air pollution as well as helping to restore the carbon balance.” (Flavin). Restoring the carbon balance is the most effective and beneficial way to calm global warming down, in terms of reducing the amount of toxic pollution in the atmosphere. As well as contaminating the air, rising temperatures is melting ice in some of the coldest regions of the world, which is concerning. 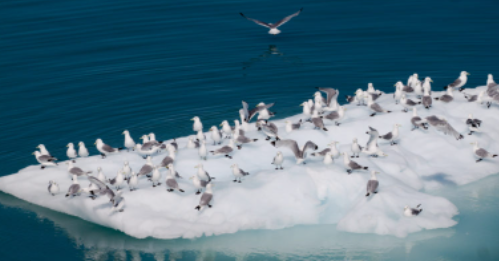 Now more than ever, ice is melting rapidly from global warming all around the world. This is harmful to the environment, including the creatures living in it. This is because meltdown can release harmful bacteria that was safely stored in permafrost’s layers for several years. “The meltdown can release bacteria, viruses and radioactive material that were safely locked away in the permafrost’s frigid layers for thousands of years, according to the paper published in Nature Climate Change journal.” and “Toxic byproducts of natural metal mining and drilling activities as well as fossil fuel waste buried in the permafrost can also resurface, adding to the health hazards, it added…”  (“Thawing Permafrost”)

This toxic material being opened to the world brings us back to the problem of dangerous chemicals entering the atmosphere. As well as the environment being affected, animals, like polar bears, are being harmed too. There are more sheets of ice and glaciers melting each day. Polar bears need a cold climate to survive in, and it’s harder for them to do so because of Earth’s warmer temperature. 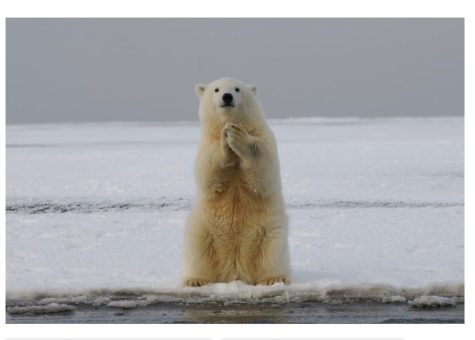 Sea ice is used for hunting for polar bears, and these are also melting, which is an issue. “Polar bears rely on sea ice for hunting seals, their primary food source. But the spread of ice has been on the decline as climate change accelerates the rise in temperatures at the poles, keeping them on land where it’s harder to catch seals.

While the bears can fast for months, their survival depends on how much energy they’ve managed to reserve through eating ahead of time, the energy they expend during the fast and how long a fasting period lasts.” (“Thawing Permafrost”)  This problem is decreasing their population since they can’t eat the way they’re supposed to. Another major cause of our climate crisis now is droughts.

Droughts are deteriorating society and the environment right now. These droughts are slowing food production, which is causing people to not get food, or be able to sell crops and harvest properly. “Climate change has hurt agricultural production, and droughts have been a major driver of food insecurity, according to a new assessment report (AR) by the Intergovernmental Panel on Climate Change (IPCC).”  (“Climate Change”). Malnutrition is a major downfall to this crisis as well. Statistics show that “From 2006-2016, droughts contributed to food insecurity and malnutrition in northern, eastern and southern Africa, Asia and the Pacific. In 36 per cent of these nations, where severe droughts occurred and undernourishment rose, the report said.” (“Climate Change”).With loss of food and crop, comes water scarcity also. Around the world, water is becoming sparse. “Roughly, half of the world’s population currently experiences severe water scarcity for at least some part of the year due to climatic and non-climatic drivers.” (“Climate Change”).

In conclusion, Earth is suffocating on toxic fumes and we, as people, are the cause of our own suffocation. We are killing the only place for us to live right now and continuing down this path only leads to the destruction of our only home. However, there are many ways to subside this crisis. Efforts to pick up trash off of the ground, recycle, use electric cars, and use solar panels for electricity, are just some of many ways to keep Earth alive and healthy. We as people who have progressed over the years can find ways to continue to save Earth one day at a time.