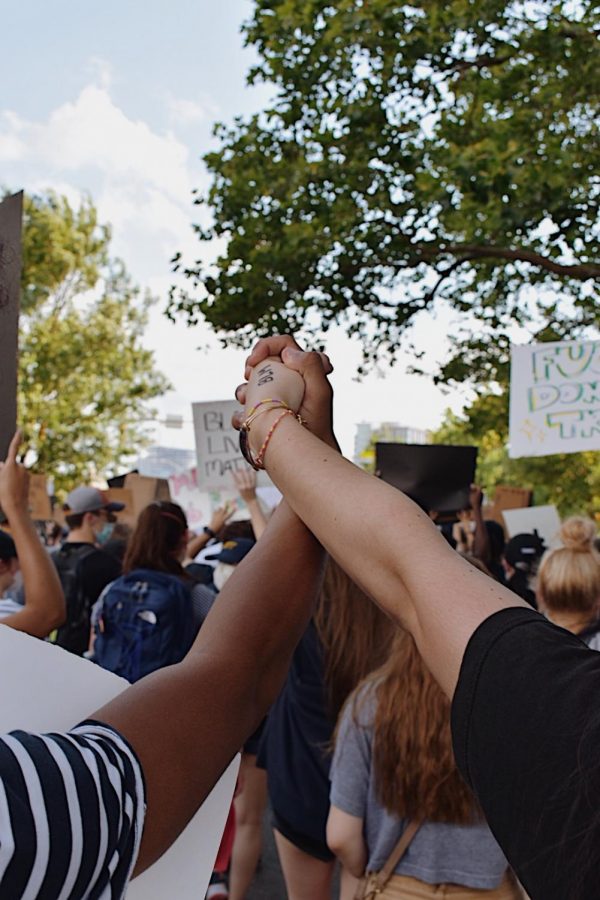 NASHVILLE, Tenn.  — Thousands of Tennessee teens proved Thursday that they could march to peacefully protest the reoccurring police brutality against black Americans most recently killings of black Americans Ahmad Artery, Breonna Taylor and George Floyd. Thursday’s march marked the 10th day of protests that have grown in numbers each day since Floyd’s death by Minneapolis police.

While teens were at the forefront of the march, the crowd quickly grew to represent the vast diversity that has become the foundation of Nashville. Teens led the crowd from the Bicentennial Mall to the National Museum of African American Music on Broadway and finishing the rally at the steps of the state capitol. Unlike tense and destructive moments of the protest march Saturday evening, this march proved students of Nashville can have a emotionally reverent and spiritually bonding event borne out of the respect they have for each other and their varying ethnicities.

Thousands of teens sang songs and shouted chants in unison. Like other young adult led events around the country, one of the march’s emotional moments was when teens laid face down on the pavement for eight minutes and 46 seconds depicting the position that George Floyd died.

In anticipation of teen recklessness, Nashville Metro police officers bordered the street as teens made their way down Broadway, though the five-hour event was devoid of any riotous behavior seen in earlier marches.

The rally ended peacefully at Bicentennial Mall where Nashville Mayor John Cooper addressed the crowd via teen’s favorite method of communication, social media, expressing gratitude and appreciation to all who participated   in the event. Cooper wrote, “Thank you for your commitment to justice and for elevating our city’s collective conscience. I am listening, Nashville, and I am determined to work towards real, lasting change.”