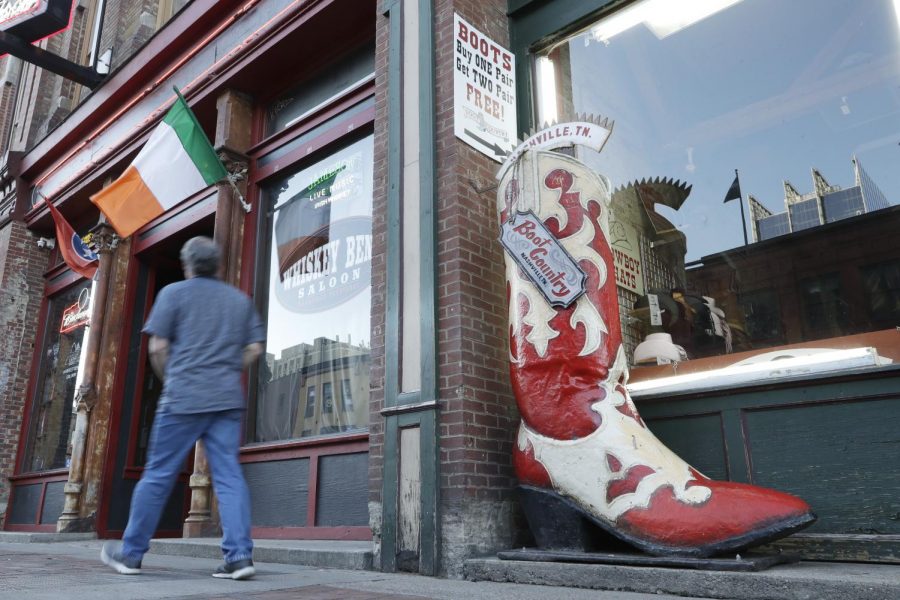 For Nashville’s Plan to reopen the city – CLICK HERE

NASHVILLE, Tenn. (AP) — Gov. Bill Lee has announced that restaurants in Tennessee will be allowed to reopen Monday for dine-in service with reduced seating capacity as part of his effort to reopen large swaths of the state economy by the end of the month.

Lee announced earlier this week that he would not extend his mandatory safer-at-home order, which expires April 30. Instead, the Republican said businesses in 89 out of the state’s 95 counties will be allowed to reopen. That did not include the state’s biggest cities, including Nashville, Memphis, Chattanooga and Knoxville.

Lee also said retail stores will be allowed to reopen on Wednesday as long as they limit their customer capacity to 50%, the same standard as restaurants. Meanwhile, most of the state’s 56 parks will reopen on Friday, but officials urged Tennesseans to still wear masks while visiting.

“We want to have the majority of businesses open before May 1,” Lee said during his daily media briefing Thursday.

Lee said some requirements at businesses will involve temperature checks, masks and social distancing, but added that more information about reopening Tennessee’s economy will be announced at a special briefing on Friday.

Tennessee had more than 8,200 confirmed cases of COVID-19 as of Thursday, a jump in more than 400 positive cases from the day before. Approximately 4,200 Tennesseans have recovered from the virus, while at least 170 residents have died.

Of those confirmed cases, 345 inmates at an eastern Tennessee prison have tested positive for COVID-19, according to the Department of Correction.

The amount is a spike from the 150 inmates testing positive at Bledsoe County Correctional Complex that the agency had previously reported from last weekend. Test results for more than 1,000 other inmates at the prison are pending.

The agency says more than 3,200 inmates have been tested at 12 facilities. There are 32 public and private correctional facilities in Tennessee.

Meanwhile, Nashville could start reopening at the beginning of May if certain benchmarks are met, including 14 days of an “acceptably stable or sustained declining trend” of new cases, officials said.

Nashville’s COVID-19 task force leader, Dr. Alex Jahangir, delivered some hope Thursday that the city, for the most part, seems on track.

Part of Nashville’s first of four phases of reopening would allow 50% capacity for dining in at restaurants; bars serving food; retail stores; and commercial businesses. Workers would be required to undergo daily screenings and wear face masks. Bar areas would stay closed, with no live music allowed yet.

If new cases start to grow during any stage of reopening, Mayor John Cooper said the city could put more restrictions back in place.

“Our obligation is, if the data permits, to get restarted as safely as possible with a phased approach so that we’re able to hopefully go forward, continue to go forward, but if we have to go back, we will go back if there’s a relapse in the disease,” Cooper said.

For most people, the new coronavirus causes mild or moderate symptoms that clear up within weeks. For some, especially older adults and those with existing health problems, it can cause more severe illness and be life-threatening.