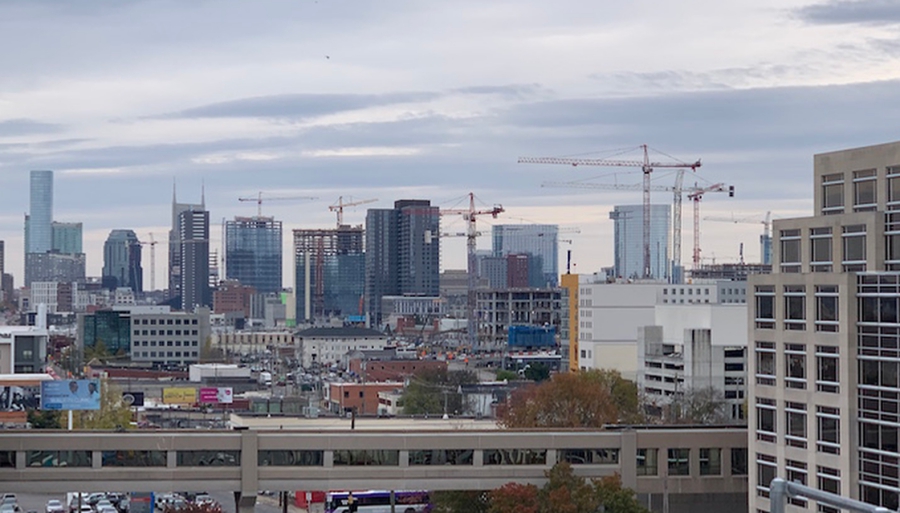 NASHVILLE, Tenn – If you’ve been downtown in the last decade, it’s most likely you’ve noticed the cranes filling the skyline. Ten years ago, cranes represented the ongoing expansion and renovation of Nashville.

Now they represent growth that is uncontrolled and new homes that are pushing out long-time residents from neighborhoods just because these are near downtown. Moreover, the number of cranes required to maintain this growth has drawn significant criticism from those who  live and work around the cranes.

WSMV recently featured an article that details who and where news buildings in Nashville are being built. Over the last three years, Davidson county approved $11.4 billion in building permits.

While that’s an outstanding level of capital investment in a county with under 900,000 residents, it should be noted that Nashville’s MSA comprises 1.9 million residents encompassing 13 counties — all of which are experiencing record levels of construction permits. 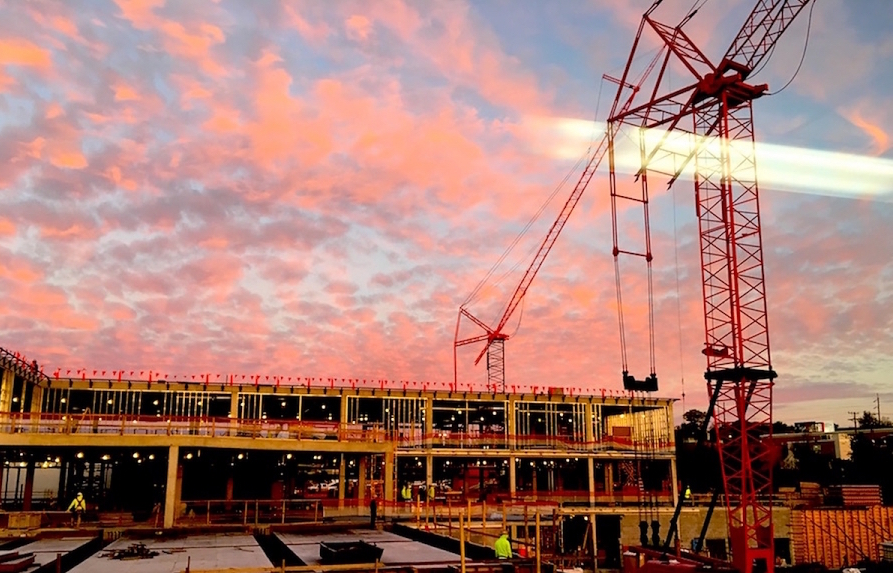 Who is creating the demand for more office space?

New companies are moving to Nashville and are driving the office market and construction demand. Several large companies have recently announced their future will be in Nashville.

Amazon, AllianceBernstein and Mitsubishi, are just a few of the companies that are not only driving up the demand for office space, but are also driving up the demand of modern living in the downtown area.  “These companies continue to rapidly attract companies in the financial services, tech and healthcare industries” stated Rob Lowe, Senior Managing Director, Cushman & Wakefield.

On 2017, the amount of cranes  in Nashville surpassed New York City, Washington, D.C., San Francisco, Chicago and Denver.  In September, Nashville reached the limit of cranes legally allowed in a city with around 36 tower cranes spanning across nearly 200 construction projects. Hillsboro has even has its own crane that rises starkly over the new and old buildings that make up the campus of Hillsboro High School.

Governor Bill Lee has expressed that he, too, is concerned about the number of cranes erected in the six square miles that is considered to be ‘downtown’. With the growing safety concerns in Nashville, it’s not hard to see why these construction sites and cranes may cause concern for those walking and driving around the city.

Sixteen construction workers died in between 2016 and 2017. “Investing in infrastructure is an important part of driving economic opportunity throughout our state,….This funding will help to keep Tennesseans safe,” said TN governor, Bill Lee, regarding safety and safety during construction.

Having large scale construction cranes could be perceived as dangerous no matter how safe those who erect them claim to be. Earlier this year in Seattle, a crane fell killing four people.

Like Nashville, Seattle has had constant construction. “Determining how and why this tragedy happened will take time,” Mayor Durkan of Seattle said in a statement. “The City of Seattle, including the Seattle Police Department, will continue to work with the Washington State Department of Labor & Industries so they can complete a thorough investigation into the causes of this incident. SDOT will also ensure any road repairs are complete.”

Will the future of Nashville be safe with all of this construction? Only time will tell.