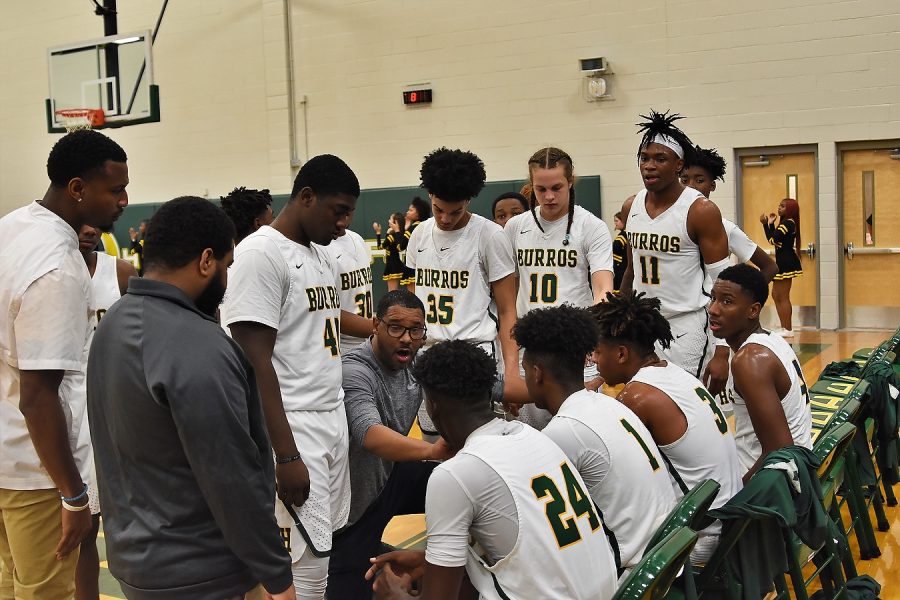 From psychological phenomena such as ‘illusory correlations’ to free throws and buzzer beaters,  Coach Rodney Thweatt does it all. This Hillsboro High School IB psychology and sociology teacher is also the Burros boys head basketball coach.

His classes range from standard psychology to the International Baccalaureate Diploma Program level courses.  Coach T, as his students and friends call him, is truly a teacher that can do it all. 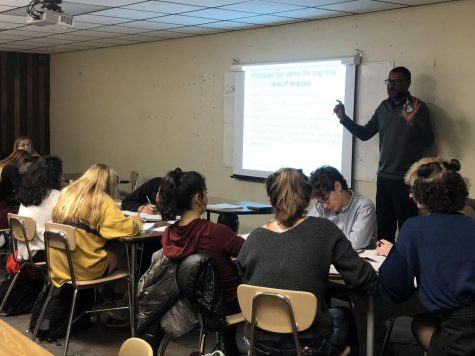 He engages and excites his classroom as skillfully as he coaches up his team in a close match up. Between the classroom and the court there is never a dull moment with this coach. What makes Coach T so unique in the classroom and on the court is his ability to merge his love for the sport with his skills in the discipline of psychology.

Athletic coaches make up between 15 – 25 % of the overall faculty in a typical high school setting. Just knowing a sport is no longer enough to be a successful coach. Understanding the complexity of human nature and the importance of building team mindset and chemistry is essential to developing a  successful  team in today’s highly competitive world. Coach t’s skills on the court and knowledge of the human psyche enable him to cross pollinate the best of both worlds for both the regular classroom and the team. The quality of an athlete’s experience in a sports program largely depends on the environment created by the coach.

Based on cognitive-behavioral therapy techniques,  coaches who are aware of their own behaviors are better able to  understand how their own coaching style is perceived by the athletes on their team.

The ability to  foresee how their coaching style the impacts the response of an athlete to coaching instills in coaches a commitment to improving not just the athletic skills but to also replace the “winning is everything” philosophy with a nurturing philosophy built on role modeling.

Thweatt started his career at Virginia CommonWealth University where he gained his first degree is psychology. This is also where he first dipped his toes into the pool of  coaching. In his freshman year of college, he got earned a position as an assistant coach for his cousins high school basketball team. But he was hit with a curve when the head coach got kidney stones and he was passed the torch for the next six weeks. Coach T stated, “I never intended on coaching. But I did and I fell in love with it.”

Throughout my interview,  Coach T kept repeated that coaching was never his intention. Teaching was always the goal. Thweatt stated, ” I have always  had a fascination with the brain and why people act the way they do and pick the social groups they do.” He just simply had a thing for psychology and talent for basketball. Merging these two disciplines has made him a mentor to even those who aren’t in his class or are being coached on a team. Being a mentor has a life-long impact on a high school student’s life.

As a mentor, Coach T is  an excellent role model and is superb at getting advice on life. He is driven and focused and his enthusiasm for teaching and coaching translates easily into skills that make him a skillful mentor. A student of his recently described him as, “stern but always for good reason. No matter how upset you make him,  he will always care about you.”

He is a coach, teacher and mentor. He is triple threat.