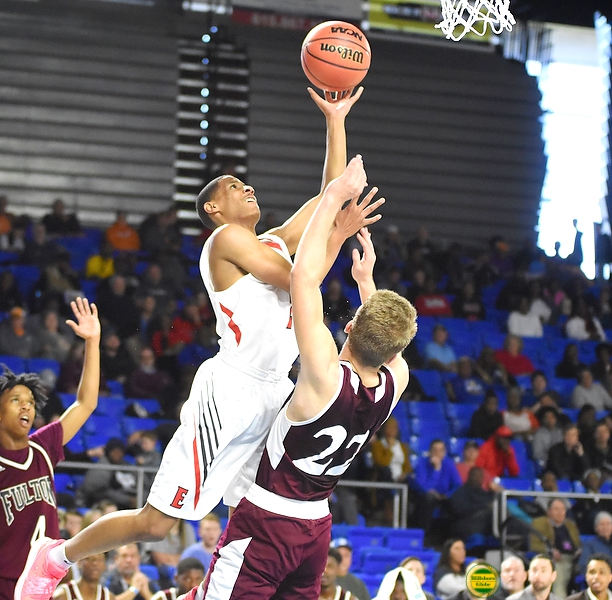 Murphy Center, the unique gymnasium on the campus of Middle Tennessee State University has been the host  to the TSSAA Boys State Basketball tournament consecutively for the last thirty years. For any basketball team to reach this arena is an honor.

East Nashville Magnet High School and Pearl Cohn High School both made the road trip to Murfreesboro to compete in the state tournament. East Eagles finished their season in the semi-finals losing to a ever-present powerhouse, Fulton High school.

Fulton led as much as 17 in the first half. Head Coach Jim Fay found himself in an unfamiliar territory with four players in foul trouble, three of the players starters,  as they went to locker room at the end of the first half. 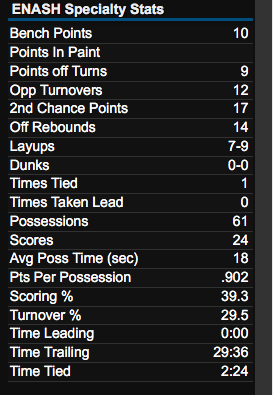 The Eagles came out determined to their fans a game shaving the lead to 4 in the 4th quarter. Tara’s Carter, a key starter and one of only two returning players from last season fouled out early after only playing 14 minutes. Carter typically 27 minutes a game. Joshua Cole sat on the bench most of the 3rd quarter with four fouls.

cit to 4 points. I thought we had a chance to win it but Fulton’s defense is really solid. We had too many mistakes and turnovers trying to break the press and ended up not having as many looks at the basket as we should have.”

When asked what he would tell the incoming freshman about this experience next year, Caleb Grimes said, “We are not going to forget this feeling we have right now. Losing is the worst feeling and we are going to use that for vengeance next season.”

Pearl Cohn High School has had, arguably, the greatest growth of a Metro Nashville Public School athletic team for this school year 2018-2019, moving from last place in the 2017-18 season to winning their region in 2018-19.  Pearl Cohn went on to advance to the quarter-finals where they took on Brainerd on Wednesday of the TSSAA Boys State Basketball tournament.

As a game, it did not disappoint except that Brainerd was able to squeak by with the win, 76-73. It took two quarters for nervousness to settle down and for the Firebirds to come out and play their game.

With 10 lead changes in the first half, the Brainerd Panthers came out of the locker room modifying its zone defense. Brained  utilized the full court press garnering 4 steals, and a Ciante Chaney, to send the Panthers on a  12-0 run.

But the Firebirds were not going to die a quiet death. They rallied in the fourth, and climbed back into the game until Miquan Tucker’s 3-pointer with 1:48 remaining tied the game.

Twenty seconds later, Pearl Cohn again tied the score, but Owten answered with a layup. Brained went on to win, 76-73 and advanced to the Semi-final round.