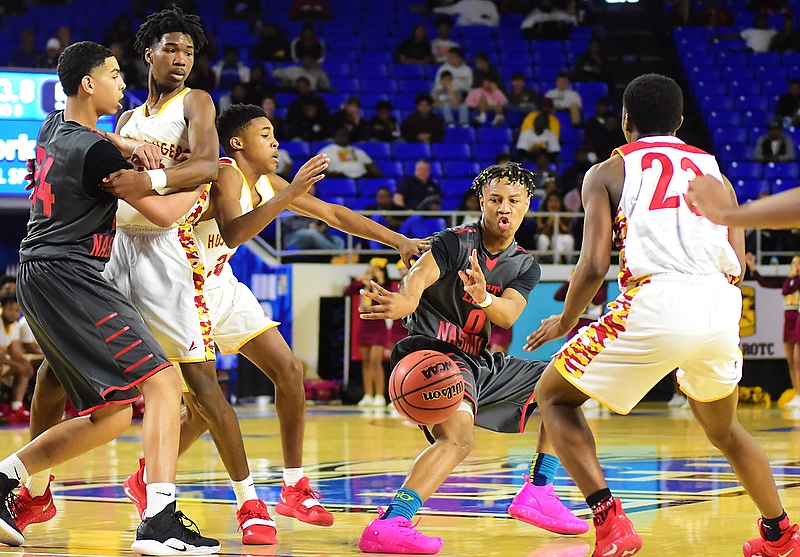 East will play Fulton at 10:00 am Murphy Center on campus of MTSU Friday March 15th.

East Nashville High School advances to the TSSAA Basketball Semi-finals held at the Murphy Center on the campus of MTSU in Murfreesboro, TN beating Howard High School 78-75. East led the majority of the first 21 minutes of the game but Howard fought to stay in the game shaving an Eagles lead of 10 points to move ahead at 3:23 in the fourth quarter.

From there the Eagles and the Tigers traded leads and at 58 seconds left in the game, East converted a Howard turnover and forced a offensive rebound to put the Eagles up 5 with 28 seconds left in the game. Howard found another level of pressure and forced East to turn the ball over by disallowing an inbound shot. Scoring on that turnover, East had to find an open man and hold on to the ball.

Howard was left to foul East, putting them on the line. Tara’s Carter missed the first two foul shots but redeemed himself with a strong close making the shots of the game, both from the charity stripe.

East had four players in double digits which Head Coach of the Eagles, Jim Fey, said was key to the win. “At any given time I have 3 players who can step up and hit double digits, to have four players is a testament to how much they wanted this win.”

The Eagles are a young team graduating all five starting seniors. Caleb Grimes stated, “Seniors had the majority of playing time last year, and even though we all (referring to the whole team) were on the team, we really didn’t gel and bond until this year. We are like brothers now. ”

East will play Fulton at 10:00 am Murphy Center on campus of MTSU Friday March 15th. Fulton beat Mitchell in overtime, 44-41