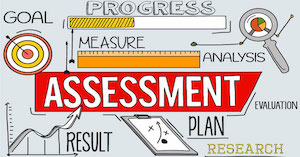 NASHVILLE, Tenn. (AP) — Tennessee wants the next administrator of its student assessment test to follow strict performance requirements after previous rollouts resulted in statewide delays and sparked outrage from teachers, students and lawmakers.

The current company that administers Tennessee’s problem-plagued student assessment testing program says it still plans on throwing its hat in the ring to secure a new state contract so they can continue overseeing the same service in the fall.

Officials with Quester Assessment Inc. confirmed in November their plans to participate in the bidding process.

The announcement came just a few weeks after both state auditors and top education officials largely pointed to the company as the key culprit for the longtime failures of the TNReady test.

Tennessee Department of Education stated Tuesday, March 5, 2019 that the request for proposal is now available.

The new contract is estimated to cost the taxpayers of Tennessee an estimated $20 million each year.

The online test experienced widespread delays last year, causing some districts to cancel testing. State auditors then released a report specifically pointing to actions made by test vendor Questar for the disruptions.

However, the audit specifically pointed to Questar for failing to adequately staff customer support and the decision to switch its text-to-speech software which resulted in not only lengthy testing disruptions, but also led officials to briefly speculate the system was experiencing a cyberattack.

The online test experienced widespread delays last year, causing some districts to cancel testing. State auditors then released a report specifically pointing to actions made by test vendor Questar for the disruptions.

The state now says the contractor must provide customer satisfaction summaries on a weekly basis and must keep call center times low.

Vendors have until April 11 to respond. The state then hopes to sign with a contractor by June 13.