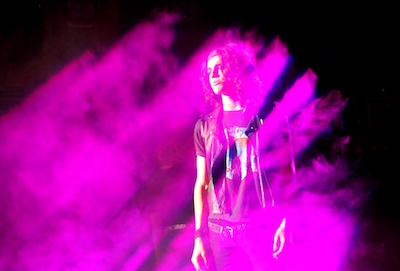 Hillsboro Players conclude a successful, five-day run of the musical Rock of Ages 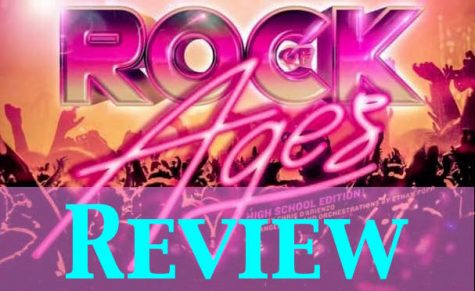 This year’s Hillsboro Player’s  spring musical is a magical tour back in time to 1987 to the iconic California neighborhood of  West Hollywood.

The rock musical,  Rock of Ages,  opened Thursday, February 28 and ran each night through March 4, 2019.

Directors Kristin Moon, Will Butler and Janelle Ganske created an edgy rendition of the Broadway musical that left the audiences believing in hope.

“We built this city on rock an’ roll”

The fictional nightclub, the Bourbon Room is modeled after the real, Sunset Strip night club, Whiskey a Go Go. Both the real and fictional clubs are famous for the young bands that played these halls that went on to have extensive careers in the rock and roll business.

The main characters, Dennis, Lonny, Drew and Sherrie led the cast through an upbeat romp that was well paced with humor and antics.The set of the musical depicted a nightclub and the Hillsboro’s set designers created a remarkably realistic “club” complete with a worn bar, guitars on the wall and the ever ubiquitous neon sign.The Bourbon Room,  as a music venue, has seen better days just as its real life predecessor, Whiskey a Go Go has.

The character, Dennis Dupree, is a chill former rock and roll promotor who is assisted by the  fun-loving Lonny. When bright-eyed young hopeful Sherrie Christian, a small-town girl who wants to make it as an actress, arrives in town, she bumps into Drew, a Bourbon Room busboy with dreams of rock and roll stardom.

The conflict that arises is a familiar one to Nashvillians and the greater Hillsboro community.

The Mayor of West Hollywood and a group of real estate developers intend to take over the famous night club corner on Sunset Boulevard.  What should be an enduring legacy in a community?

Should a contemporary retail business owned by foreigners supersede the historical business, even though the rundown venue which is a site of  decades of history.

The music of  the Rock of Ages is timeless and universal.

The music provides a classic rock backdrop that understates the importance of music venues and their role that fosters new bands. The songs run from “We Built this City” to “Don’t Stop Believing” and stresses that if concert halls like the Bourbon Room (Whiskey a Go Go) didn’t exist, artist like Boston, Journey and REO Speedwagon were essential to the success of these bands.

Indeed, the songs used in Rock of Ages cross over from popular to universal having gained huge recurring success across four decades. Hillsboro High School audiences sang along with the actors proving the songs in the musical transcend every decade.

This performance was a rocking’ blast into the past for most of the adults and  the teens singing the song is an indication of the popularity of this musical.

Tt was evident the audience had as much fun as the actors on stage that no one wanted the music to end. 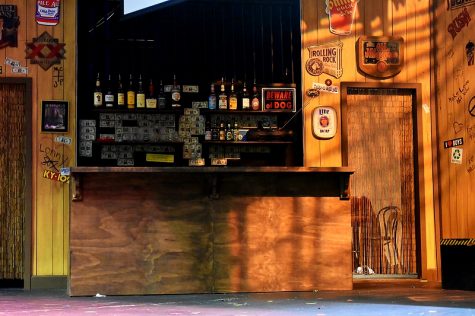 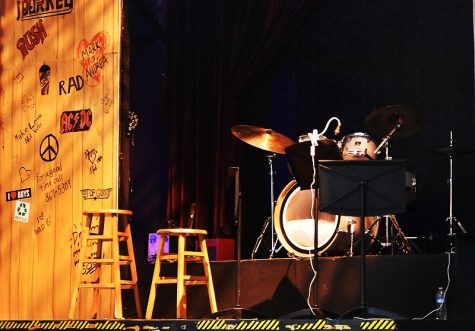