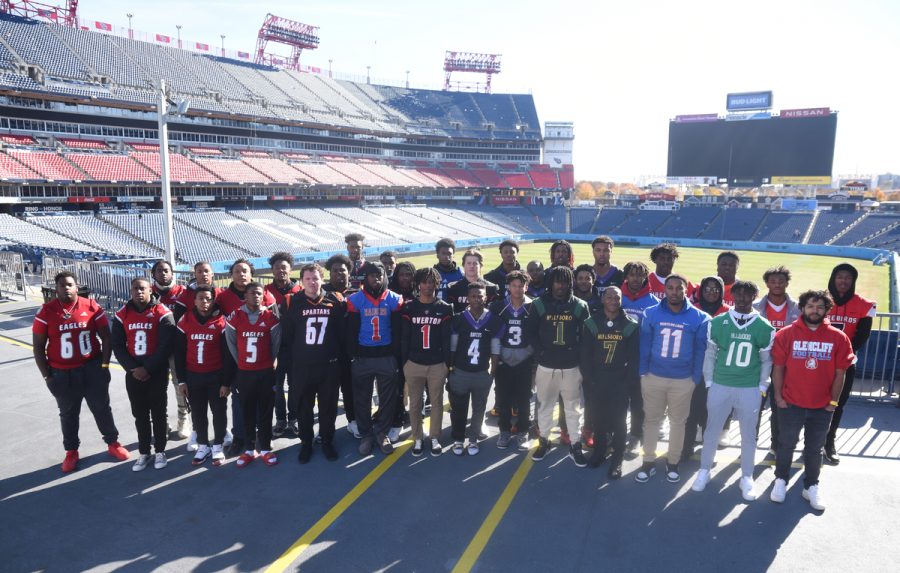 2021 ALL City Football Team picture taken at Nissan Stadium on November 22, 2021. Photo by Mike Strasinger for the Hillsboro Globe

PHOTO TO ALL CITY AWARDS BANQUET

The 37th Annual Metro Nashville Football Coaches Association presented the awards on December 2, 2021 to the Class of 2021 inductees into the Metro Football Coach’s Hall of Fame. A dinner was held in the grand banquet hall of the Maxwell House Hotel and was sponsored by the longtime sponsor of athletics, Coca Cola. Offensive and defensive players from each of MNPS’s high schools that offer football as an extracurriculer had players chosen for the team.

Pearl Cohn’s Ninth Grade Football Team was honored for the sixth year in a row as the 9th Grade City Champions. Andre Daavis, 9th grade football coach was awarded the City Gold Ball Trophy. It has an engraved plaque of each year’s winner on it and is on display at the winning school for a year until presented at the next season’s banquet.

Other special awards include a presentation of the Coach of the Year Awards were given to Jamaal Stewart (East), Arcente Broom (Overton) and Fred Burnette (McGavock).

Below are the special awards given to the honorees Thursday night. Kevin Aigbe, chair of the event and Mark North, Athletic Director for High Schools presented the plaques, trophies and MVP awards to each player. This year’s inductees are listed below. 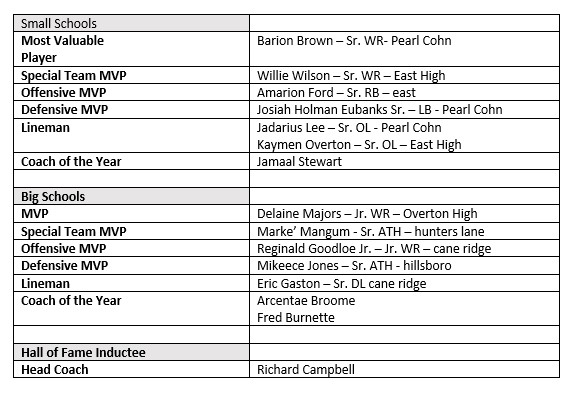 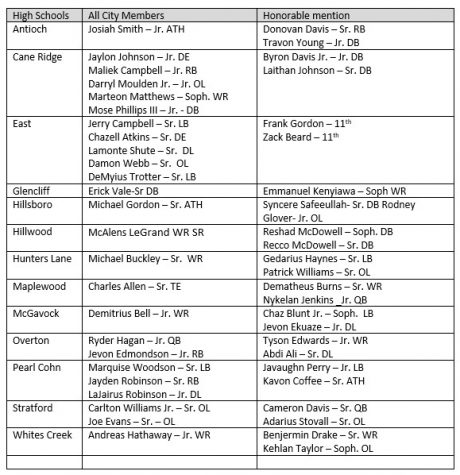